In appreciation of male friendship

“Male friends are important to me, and the ones that I love are vitally important. These two guys, I loved.” -- Ben Bradlee, in his memoir A Good Life, on his friendship with Art Buchwald and Ed Williams 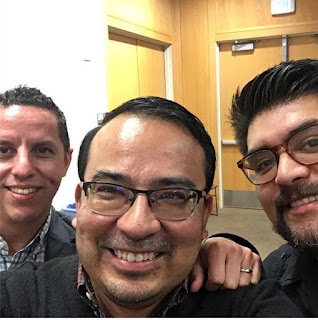 The guys in the picture above are Alfredo and Jose, both of whom I met in 2019. I met Alfredo first through a Latino professionals networking event that we’re regulars at (well, at least we were in the Before Times). I followed up and asked if we could have lunch in early 2019, and would ask again every couple of months. Thankfully, he always agreed and we began to hit it off.

Jose I met through Alfredo in the summer of 2019. Alfredo looped us both into a text thread that has never stopped nearly three years later. As we subsequently met up in person, the chemistry was instant with Jose, and it wasn’t just our common fandom of the Dodgers.

It's been really serendipitous to meet two Latinos who are age peers and with whom I have a lot in common. Whether it was nerding out about baseball, talking about our families (immediate and extended), or providing a space to vent and compare notes on navigating our professional lives, the conversations have been enriching and deep. 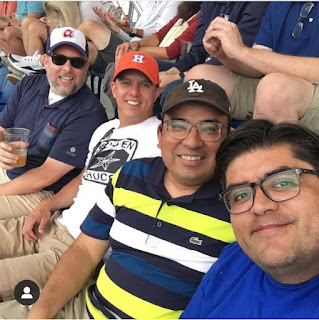 It is invaluable to have people in your corner who can relate on a number of levels and can keep you honest or offer an encouraging word when it's necessary. But I’m also very grateful we had that time to cultivate the friendship and form a bond of some kind before the pandemic shut everything down. I’m pleased to say the bonds have stayed strong as we navigated these last couple of years.
As I've cultivated these friendships, my mind drifted to Ben Bradlee’s memoir, A Good Life. It is firmly in my wheelhouse because of the cross-section of journalism and history and is a book I reread at least once a year. I even own an audiobook version, read by the man himself, his gravelly voice filling my earbuds or speakers upon every listen.
It’s an engrossing read, thanks to a charismatic central figure who was a giant in his industry and had a direct hand in or close-up vantage point for many moments in post-war American history. (For the non-readers out there, I recommend a recent HBO doc on the man, which basically used his memoir as a script.)
One secondary thread in the book that always fascinated me was his friendship with Art Buchwald and Ed Williams, which is a recurring theme as he weaves through tales of JFK, working at Newsweek, the Watergate scandal, and more. It was a warm, deep and lasting bond between the three of them, and I always wondered what that must be like. Would I ever have an inner circle like that?
It wasn’t until I moved to Portland in the summer of 2018, and started networking and meeting people in the area, that it started to manifest itself.

I had found my guys, and am very grateful!
I look forward to the time when we’re past this pandemic, whatever that looks like, and I get to see Jose and Alfredo more frequently. Because, yes, to paraphrase Bradlee’s line: these two guys, I love. 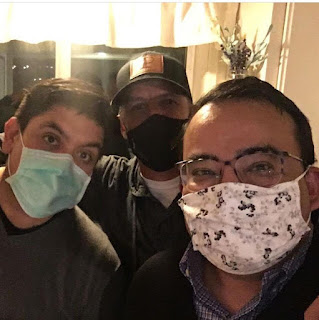