When he is a grown up, he will have a wife and two, maybe three kids ("I'll have to discuss that with my wife, " he says). He will live in the little orange and yellow house three blocks from our current home that he has eyed since we moved into the neighborhood ("so me and my two or three kids can see you every day!"). He will be an urban planner, the job he has wanted since he discovered there was an actual title to the thing that has drawn him in since age 2, when he started mapping out mini-cities and transportation systems with his Thomas the train sets.

When I was 11, I wanted to be an attorney and wear high-powered suits to work each day (it was the 1980's…picture giant shoulder pads). No kids and no husband ("that would ruin everything!") a big house and a really nice red sports car and a pool….all for myself.  Wow, my 11 year old self would be so disappointed with me!

Whatever Asher decides to do over the coming years, I know it will be done with the tenacity and compassion which has already become his trademark. And his father and I will continue to be so immensely proud of him. 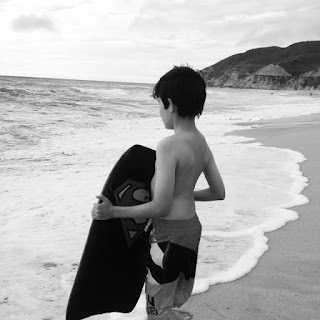 
I am finally getting around to our awesome #guzmancaliadventure trip last summer. This trip was years in the making, the trickiest part was finding the time to make it happen. I remember dreaming about driving down the length of the PCH back when we lived in NYC! I am including our itinerary and a few links for anyone interested.

Days 1 and 2: Drove from Seattle to Mill Creek California State Park (Redwoods).  Lunch stop at Track Town in Eugene, quick tour of UO campus and I drooled over the new business building that was still in the planning phases when I attended MBA school there fifteen years ago. We also did a quick drive-by of my old Eugene apartment.  We arrived late afternoon and set up camp.  We stayed at Mill Creek, but spent a lot of time at Jedediah State Park.  Both were amazing and I've read that the Redwood state parks are actually better than the national park Redwood areas.  I'd never camped at a site with a bear box which was both convenient for food storage and comforting.  Our campsite was right among the big Redwood beauties and private. The nights were cool and the days were gorgeous. Two highlights: Stout Grove and Damnation Trail,  a challenging but fun seven mile hike through Redwood groves that ended at a remote beach. This hike was probably the biggest highlight (among many big ones) of my trip. Sharing it with my family was special.

Day 3: We did a farewell morning hike in the state park and packed up.  Most of the rest of the day was spent driving down to the Bay Area.  It was hot and our air conditioner broke.   We decided against taking Hwy 101 for this stretch to save ourselves some time. Around 5PM we crossed the Golden Gate Bridge into the City and the rest of the hot, crazy traffic, ac-less day was forgotten. Entering the City was definitely a high point of the trip for the kids. We arrived in Redwood City in time to have a Chinese take-out picnic in the backyard of our friends' house.

Day 4:  We rode the CalTrain in for a day of exploring San Francisco.  Here is a fun SF tour if you have limited time and a car. We saw as much of the city as we could on foot in a day, focusing on places the kids would like, since Ed and I have visited the city many times. We walked the Embarcadero, stopped at the Ferry Building (ok, that was kind-of a "me" stop), had a pizza lunch and playground pit stop in the Little Italy of San Francisco, visited Chinatown, stopped in at the Fortune Cookie Factory to see how the cookies are made and to write our own fortunes for our cookies, rode a cable car, gazed at the Bay Bridge.  We needed another week in this beautiful city!  Everyone says with horror that Seattle is the new San Francisco.  I say bring it on!

Day 5:  This was such a relaxed day with gorgeous weather, great views, and good friends. We spent the morning in Palo Alto on the Stanford campus with college friends, letting Ed wax nostalgic. We hung out at the main quad, the top of Hoover Tower, picnicked on the Oval before heading to the ocean. We spent the afternoon boogie boarding at Ed's favorite college beach on the north end of Half-Moon Bay. Truly one of the most beautiful beaches I have ever visited. Later we drove down to Santa Cruz for the night.

Day 6:  Asher hasn't stopped talking about the Santa Cruz boardwalk. I had hoped it would be more charming and less carni crowd, but we did have fun on the rides and stuffing ourselves with kettle corn while looking out at the ocean view.  We spent the whole afternoon and early evening at the boardwalk.  Earlier in the day, we found a state park beach just outside of Santa Cruz.  The fog didn't lift until almost 1PM, but we still had a great time out on the water. Beautiful, clean beach on the edge of orange and lemon groves. More boogie boarding, more frisbee, more sand castles.

Day 7: We headed to Monterrey for a day at the Monterrey Aquarium. We LOVED the aquarium, even though we aren't really science geeks. I highly recommend going as early as you can, if you are traveling during the summer months. Serious crowds.

After another picnic lunch against the backdrop of beautiful Monterrey, we then drove the scenic roller coaster length of the PCH between Monterrey and Pismo Beach, including the famous 17 mile drive. We only stopped to see Elephant Seal Vista Point near San Simeon. I think I was the only one fascinated by the seals. My travel buddies couldn't get past the stench.  There were other spots I would have loved to stop if time had permitted, including Pfeiffer Big Sur State Park. We made it to Pismo Beach just before nightfall and set up camp.

Day 8:  I didn't love Pismo Beach (maybe I should have actually done some hard research on the place rather than going with a name that sounded like it should be a cool California beach). It was dry, not very scenic and a little trashy. Probably the highlight of our Pismo Beach stop  was eating at In-and-Out.

We spent the morning at the beach (I did enjoy the boogie boarding - the ocean was warm and the waves were perfect), and then continued on the final stretch to LA.  We did stop in Santa Barbara for the afternoon and visited the beautiful, flamingo-pink old California mission there.

LA Visit:  We were really tired of driving by the time we reached LA, so we ditched our car and mostly got around LA by light rail (yes, LA has a light rail!) There is a stop just a couple of blocks from Ed's parents house, so it is really convenient for us. We spent a day exploring downtown LA spots such as Chinatown and Olvera Street. We also rode the light rail out to Pasadena, which is probably my most favorite place in Southern California.  Another day we grabbed sandwiches from Phillipes and ate lunch in the empty stands of Dodger Stadium, which was really awesome. Otherwise, we spent time with family and friends, ate a lot of great Mexican food, let the kids wander through their Abuelo's compound in bare feet. We did very little for 4th of July, besides eat off the grill and light sparklers. It isn't safe to be outside after dark on a holiday in their neighborhood. Too many people shooting guns in all directions.

How we travel: We have established firm financial goals so that we can care for our oldest and survive the roller coaster ride that is the newspaper industry. But we highly value travel and time with family and friends. We started camping to save money, but found we really enjoy it (even Ed!), at least in short stints. This trip, we camped out several nights, stayed with generous friends in the Bay Area and then with Ed's parents in LA.  We ended up only paying for two nights of hotel in Santa Cruz. And those nights felt luxurious…a pool, a hot tub, free ice, free breakfast, cable television! We also spent little time in restaurants, mostly buying groceries and picnicking down the coast. There were exceptions (In-and-Out, Track Town), but we saved a ton of money and overall felt healthier throughout the trip. We based most of our play on the beach and outdoors, which is (mostly) free.  That is the most fun for me anyways. And picnicking on a beautiful beach is so much better than eating greasy food in a chain restaurant. There were things that were just plain expensive: Monterrey Aquarium.  San Francisco. Santa Cruz Boardwalk. But they were all worth the cost, and there was less guilt forking over the money knowing we were saving in other areas.